Do Earwigs Really CRAWL INTO YOUR EARS At Night!?  There are a number of myths concerning the earwig, this being the most common, but we’ll get to that in just a bit. First, I want to give you a snapshot of this interesting insect!

The Earwig is a member of the scientific order, Dermaptera, meaning “skin wings”. They are odd little insects with even stranger myths surrounding it.  These insects have two pairs of wings, an outer pair of short forewings and a pair of membranous wings folded beneath them.  Some of these bugs can fly, but not all of them.  They are typically dark brown or black in color, and are long and flat.  Most notably, they have a pair of pincers on their abdomen, with males being slightly larger and more curved than the females.  They range in size from 1/5” to 1” (5-25mm) in length.

Earwigs are primarily nocturnal insects, and during the day can usually be found hiding in moist crevices, under mulch, beneath logs or rocks, and in other debris around the yard. Another common hiding place is the moist soil runs along the foundation of your home, which can be a cause of them getting into your home after a lot of rain. Most earwigs are omnivorous, meaning that they feed on both plant and animal material.  While they are primarily scavenges, some earwigs may hunt their prey, and eat other smaller arthropods.  They use their pincers, or cerci, to capture prey, and can also use it for self defense against predators.  Some earwigs can even produce a foul smelling liquid to drive would-be predators away.  In homes, earwigs can often be found in bathrooms or kitchens where there is a ready source of moisture, though they may roam anywhere in the house.

Earwigs are one of the few species of insects that display maternal care.  Earwigs seek one another out to mate during the fall, and will actually live together for some time until the male leaves, usually during the spring.  The female may lay anywhere from 20 to 80 eggs, and will spend the next 7 days caring for, cleaning, and defending those eggs.  When the nymphs, or babies, are born, the mother will care for them until they are ready to venture  out on their own.  Earwigs undergo what is called an incomplete metamorphosis.  The nymphs will undergo 5 to 6 molts throughout their life, which lasts about a year.  The developmental stages between these molts are called instars, with the 5th or 6th molt turning them into adults.

Are earwigs poisonous?
No, they are not.  Earwigs can neither sting nor inject venom through their bite.

But what about those pincers, don’t they hurt?
Not usually.  I have been pinched by an earwig, and could barely feel it.  In some very rare cases, an earwig might break the skin, but this is no more dangerous than a scratch.  Earwig bits are also rare, but they do not leave any mark or agitate the skin like a mosquito bite might.

Can earwigs fly?
Actually yes, some species of earwigs do have the capability to fly, though most prefer to spend their time on the ground in moist, dark areas where they can find food and shelter from predators.  On the rare occasion that they do fly, they are clumsy and pose no threat to humans.

Do earwigs crawl into ears?
This is the big one.  This myth came into being quite simply, because of the insect’s name.  No, they do not typically crawl into ears.  Even if you were to lie on the ground next to one, it would more than likely run away rather than crawl into your ear.  Some scientists believe that the name earwig actually came about due to their inner wing somewhat resembling a human ear, but do not worry, earwigs do not actually crawl into people’s ears. 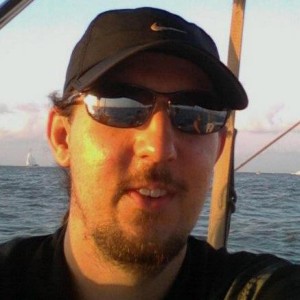 Ron is a Certified Applicator for Pests and Termites in the State of Texas. He is a lover of grand adventures, great reading, and anything bug related!

Ron is a Certified Applicator for Pests and Termites in the State of Texas. He is a lover of grand adventures, great reading, and anything bug related!