10 Spiders Found in Texas and How They Impact You

Here in Texas, we’re no strangers to spiders. In fact, there are almost 900 species of spiders in the state!

While most of these spiders are harmless to humans, there are a few that can deliver a nasty bite.

In this blog post, we’ll introduce you to 10 of the most common spider species found in Texas and tell you everything you need to know about them.

The Twin-Flagged jumping spider is a species of spider that is found in the southwestern United States. The spider gets its name from the two distinct flag-like markings on its back.

The Twin-Flagged jumping spider is a small spider, typically only growing to be about 1/4 inch long. The spiders are brown or black in coloration with white or light gray markings.

The spiders are not considered to be dangerous to humans, and their bites are not venomous. The Twin-Flagged jumping spiders are known for their ability to jump long distances, up to 50 times their body length.

The spiders build webs in order to lay eggs and capture prey, but not in the traditional sense. The spiders will use their web to sense the vibrations of prey walking by. When prey is detected, the spider will jump out and capture the prey with its legs.

The communal spider is a type of arachnid that is known for its large webs. These spiders are typically found in warm, humid climates and often build their webs near water sources.

Communal spiders are not considered to be dangerous to humans. These spiders typically build orb-shaped webs, which can span up to 10 feet in diameter.

The communal spider is an important part of the ecosystem and helps to control the population of insects. However, their large webs can sometimes be a nuisance.

The Black and Yellow Garden Spider is a species of arachnid that is commonly found in gardens and wooded areas.

These spiders are easily identifiable by their black and yellow markings, which are used to warn predators of their venomous bite. Garden spiders typically build webs between plants, using their silk to capture prey.

While the bite of a garden spider is not considered dangerous to humans, it can be painful and cause swelling. These spiders are also known to be aggressive and have been known to attack people who come too close to their web.

The Sylvana jumping spider is a small, hopping spider that is found in North America. It is black with white spots on its abdomen, and it has large, prominent eyes. The Sylvana Jumping Spider typically lives in wooded areas, where it hunts for insects.

Although it is not considered to be dangerous to humans, it can bite if it feels threatened. Like other jumping spiders, the Sylvana jumping spider does not build a web to catch its prey but instead makes a small silken nest on the ground or in the leaf litter.

Once an insect is caught in the nest, the spider quickly moves in to inject it with venom. The venom paralyzes the insect and allows the spider to eat it at its leisure.

The Six-Spotted Fishing Spider is a species of spider that is found in North America. It is a member of the Dytiscidae family of spiders, which are also known as water spiders or raft spiders.

The Six-Spotted Fishing Spider gets its name from the six spots that are found on its abdomen. It is brown in color.

The venom of the Six-Spotted Fishing Spider is not harmful to humans. However, the spider will bite if it feels threatened. The bite is painful but not dangerous.

The Spiny-Backed Orb Weaver is a type of spider that is found in tropical and subtropical regions around the world. The most distinctive feature of this spider is the row of spines that runs down its back. These spines help to protect the spider from predators and also make it difficult for prey to escape once they are caught in the spider’s web.

The Spiny-Backed Orb Weaver builds Orb webs, which are characterized by their round shape and the radial symmetry of their web structure. These webs are usually built in open areas, such as fields or gardens, where there is plenty of room for the spider to build its web.

Although the Spiny-Backed Orb Weaver is not considered to be dangerous to humans, its bite can be painful and cause swelling and redness at the site of the bite.

Huntsman spiders are large, fast-moving spiders that are found in tropical and temperate regions around the world. They are typically brown or gray in color, with long legs and a large, flat body.

Huntsman spiders are capable of running quickly and are often seen running across floors or walls. They live in a variety of habitats, including forests, deserts, and urban areas. Huntsman spiders are not considered to be dangerous to humans, but their large size and quick movements can be unsettling.

They are unique in that they do not build webs but instead actively hunt for their prey, hence the name.

The Western Black Widow spider is one of the most dangerous spiders in North America. These spiders are easily recognizable by their glossy black bodies and distinctive red markings.

Western Black Widows are found throughout the western United States, typically in dry, dark places like wood piles or beneath rocks. These spiders are shy and reclusive, but they will bite humans if they feel threatened.

The venom of a Western Black Widow is extremely potent, and bites can often be fatal if not treated immediately. Luckily, these spiders are not aggressive and will only bite if provoked.

However, it is important to be aware of the dangers these spiders pose and to take precautions when entering their habitat.

The brown recluse, also known as the violin spider, is a small spider with a long, thin body. It is usually brown or tan in color, with a dark brown or black violin-shaped mark on its back.

The brown recluse is found in the United States, often in southern and midwestern states. It prefers to live in dark, secluded places, such as inside homes, in attics and crawl spaces, behind baseboards and picture frames, and in storage boxes and clothing that has not been worn for some time.

Although the brown recluse is not aggressive, it will bite humans if it feels threatened. Its bites can cause serious skin reactions, including necrosis (death of tissue).

The brown recluse’s web is usually found near the ground in hidden places, such as beneath porches and stairs. The web is not sticky like most spider webs and is loosely constructed.

The red house spider is a small spider that is commonly found in homes. It is brown or reddish-brown in color, and it has a wide, round abdomen. The red house spider is not aggressive, and it generally only bites humans if it feels threatened. However, its bite can be painful, and it can cause swelling and bruising.

While most of these spiders are harmless to humans, there are a few that can deliver a nasty bite. In this blog post, we introduced you to 10 of the most common spider species found in Texas and told you everything you need to know about them. So the next time you see a creepy-crawly in your home, don’t panic! Just refer back to this blog post and you’ll know exactly what kind of visitor you have—and whether or not you need to call a pest control company. 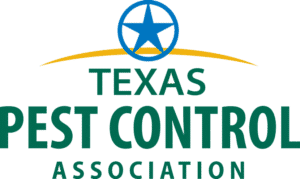